This mural was initiated by the Duceppe Theatre in honor of its founder, Jean Duceppe, to celebrate the hundredth anniversary of his birth and the 50th anniversary of the theater that bears his name. Produced by MU and designed by artist Hsix (Carlos Oliva), the mural will be a lasting reminder of the visionary theatre-maker’s image in the city’s landscape. Produced in collaboration with the borough of Ville-Marie and the Office municipal d’habitation de Montréal (OMHM), it can be seen on the wall of a building on Montcalm Street, at the corner of Robin Street.

The work is part of the Bâtisseur-e-s culturel montréalais-es collection, which aims to recognize the invaluable contribution of the city’s creators, whether they are native or adopted Montrealers, to local, national and international influence. It is part of the South Centre’s circuit dedicated to the performing arts, where there are already six murals, including a diptych that honours Janine Sutto, Clémence Desrochers, Denise Pelletier, Dominique Michel and the Théâtre de Quat’sous.

The mural was inspired by an official photo of Jean Duceppe, taken by Guy Tardif in 1985, in which the actor is clearly recognizable, with his bright, mocking eyes and his open, welcoming hands. The artist HSIX chose this photo because it allowed him to freely add three spheres, illustrating how Jean Duceppe juggled theater, radio/television and politics throughout his professional career. 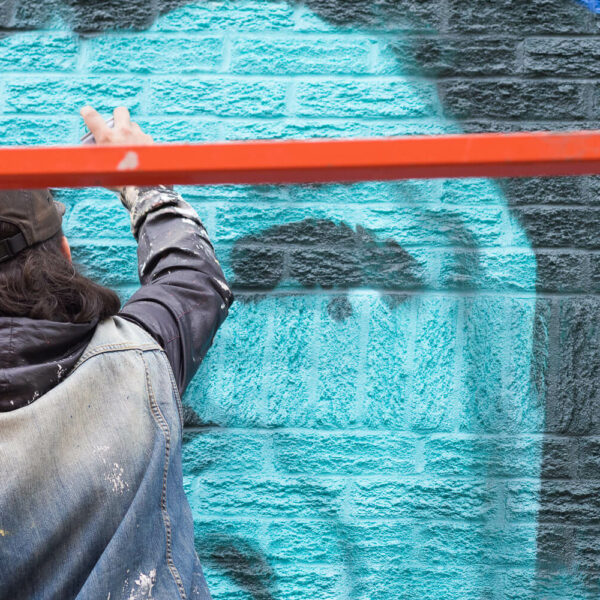