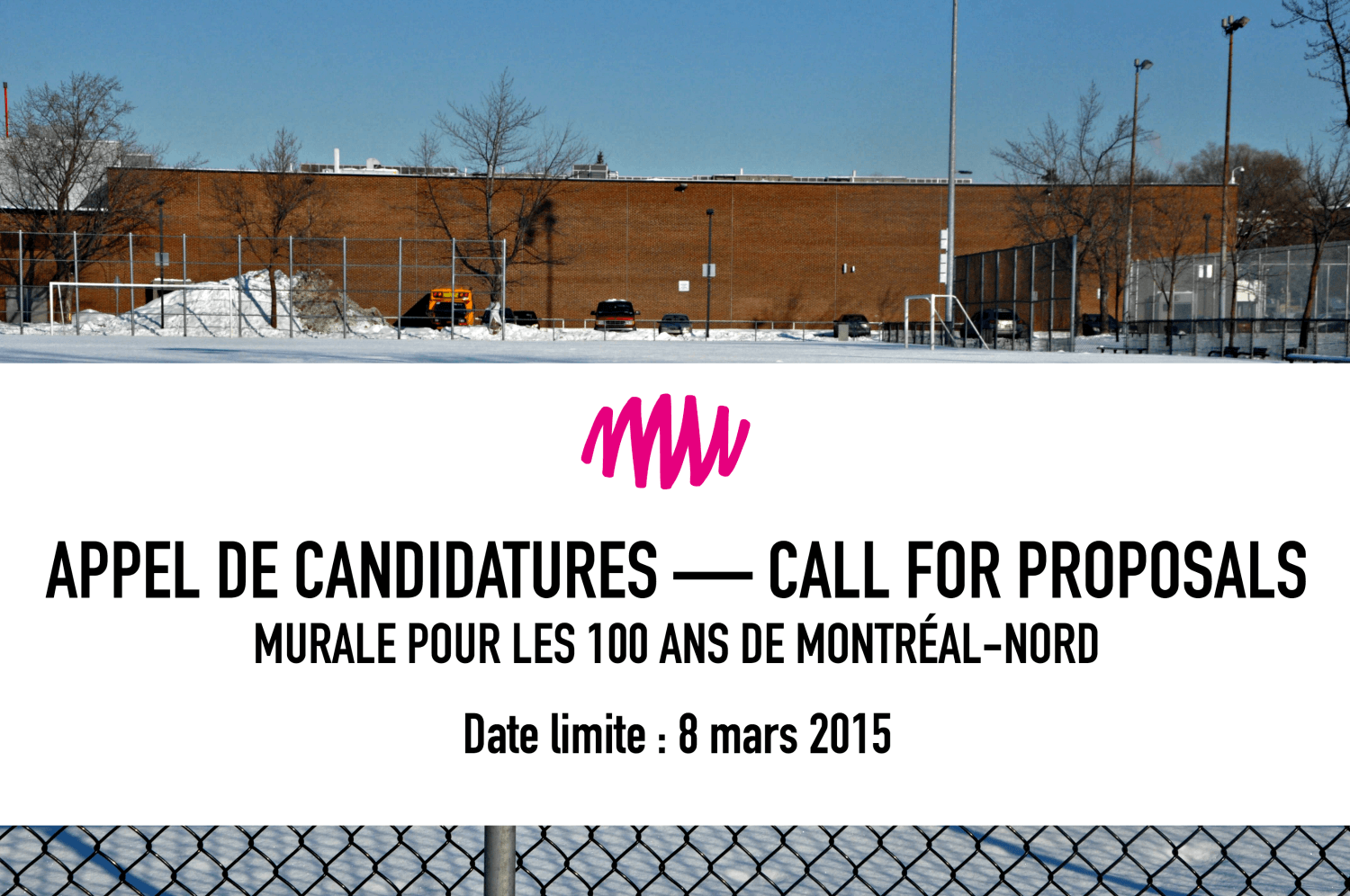 In celebration of the centennial anniversary of Montreal North, MU, in partnership with the borough of Montreal North, will produce a mural that will span the western wall of the Maison culturelle et communautaire and the Rolland arena.

MU is inviting artists to submit their proposals : three to seven artists will be selected to create the mural, which will be composed of seven thematic vignettes.