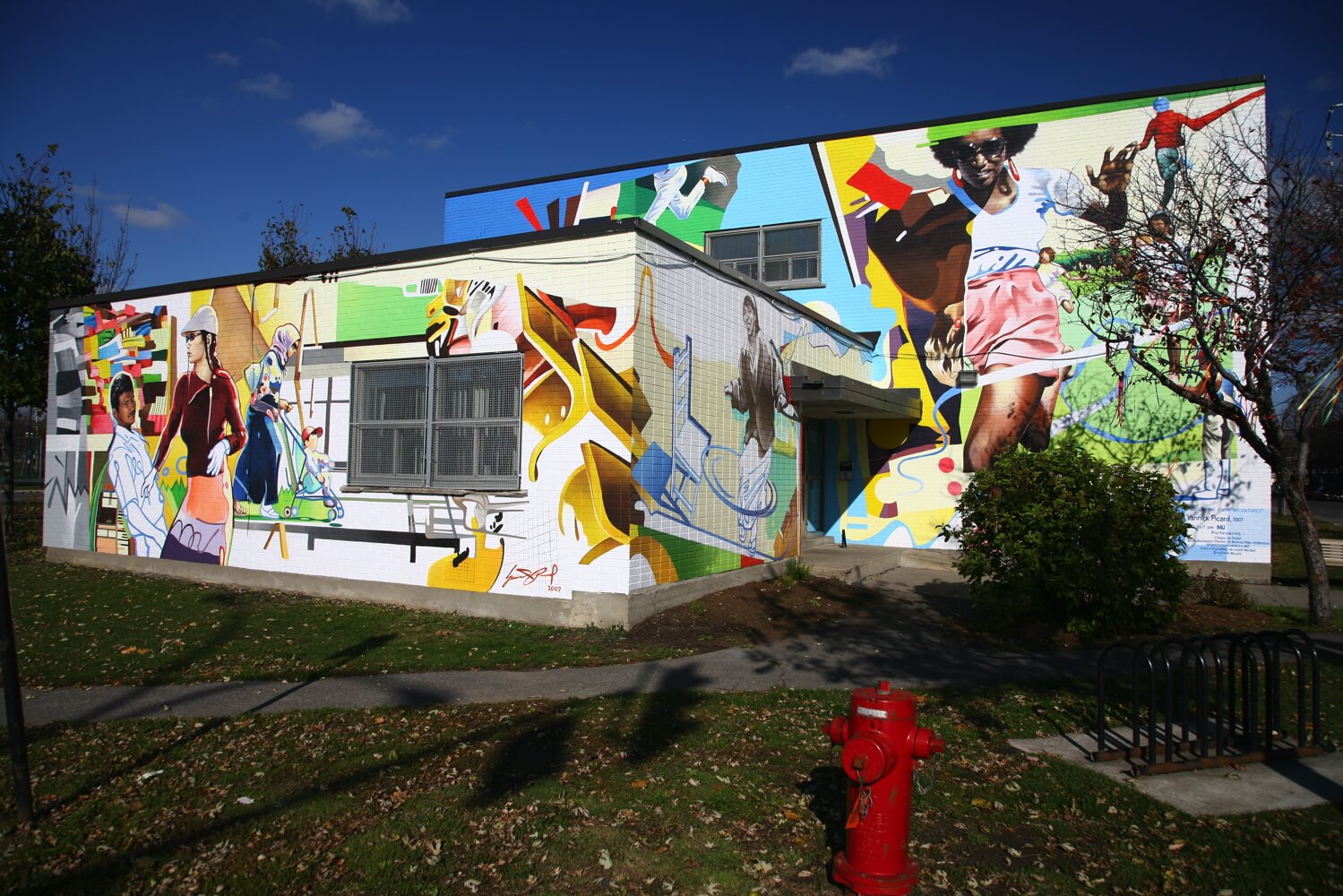 It was during a stay in Philadelphia with Cirque du Soleil when the co-founders of MU, Elizabeth-Ann Doyle and Emmanuelle Hébert discovered the extent of the city’s mural art phenomenon (Mural Arts Program) and its impact on the exposure to art as well as the social and economic development of the city. They knew then that Montreal would be a perfect host for such a project and thus the idea of MU sparked to life… Montreal was going to see its urbanism and humanity exposed on its walls!

MU produced its first mural in 2007 in the borough of Saint-Michel. Since then, success has surpassed their wildest dreams: