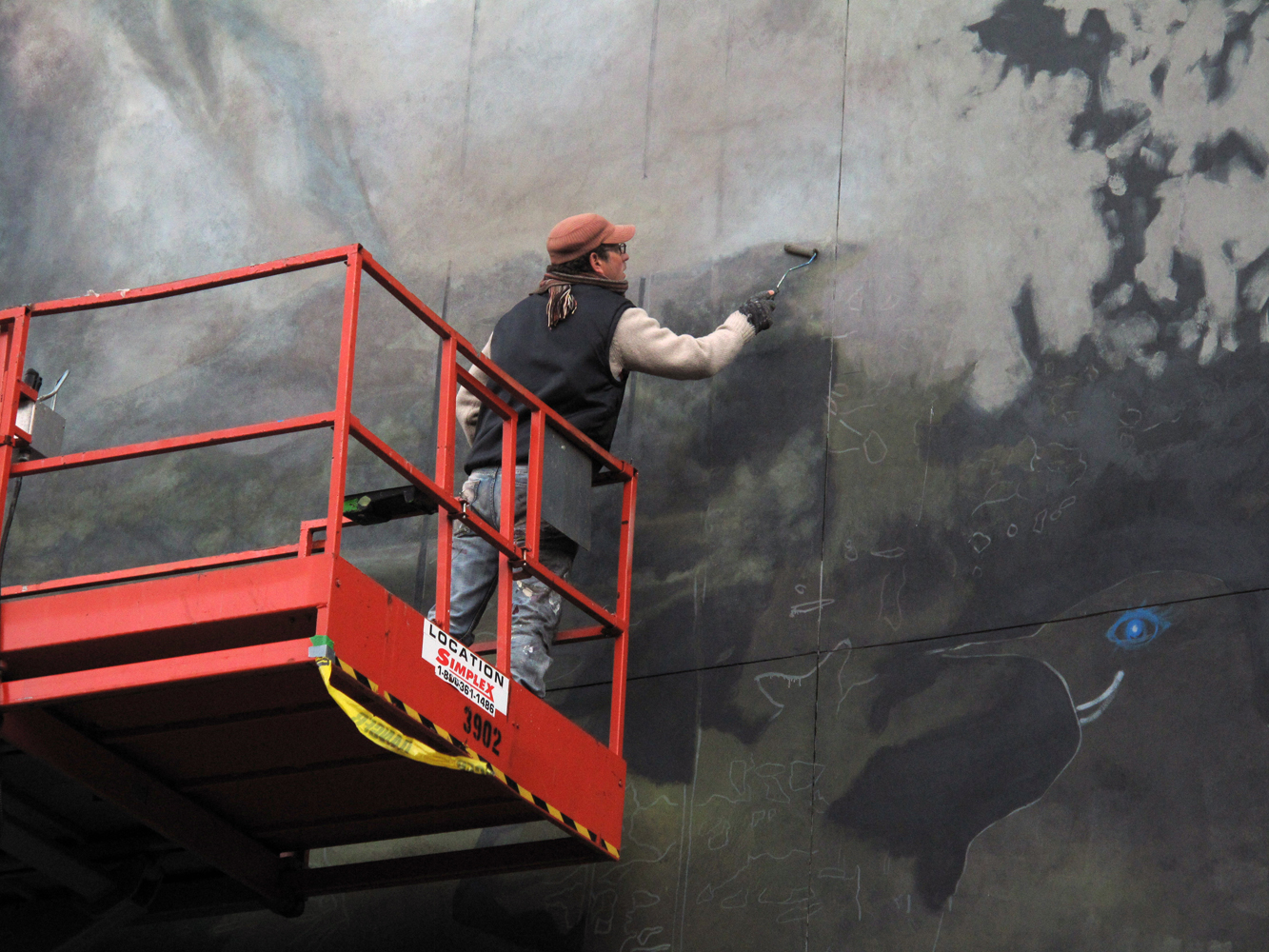 Richard Morin began his career as an artistic painter in the early 1990’s. A first degree in arts and media followed by another in scenography at the National Theatre School of Canada (1988), he then did several internships in Paris where he also took courses at the École Supérieure des Beaux-Arts. Back in Montreal, he collaborated in three Cirque du Soleil productions and worked as a designer for a couple of notable plays produced at the Théâtre de l’Oeil. The theatre world rewarded him with several prizes (Prix Masques, Chalmers Prize) for the quality and originality of his décor. After many years behind the stage, he now spends his most of his time painting. He has also exhibited in Ottawa, Toronto and New York. Richard produced his first mural with MU: Les conteurs (The Storytellers) for the National Theatre School’s 50th anniversary in 2011. 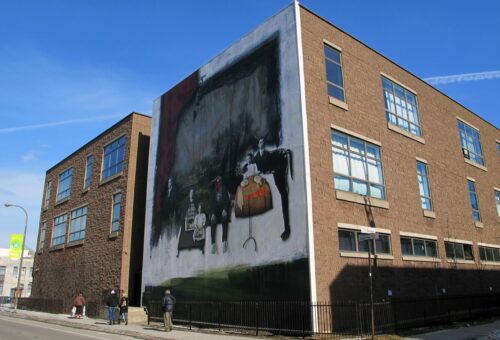