Covering 1,100 sq. ft., this bright and colorful mural was created by Philippe Allard and Roadsworth. It depicts endangered, native species as part of a marsh – a greater ecosystem – threatened by urban development. In an effort to better integrate the mural into the neighborhood, the two artists were inspired by the borough’s project of transforming the vacant lot into a “cooling island”. In doing so, they drew a parallel between the role the marsh plays in purifying water and the role that the future Phillippe-Zotique-Millette Park will have in purifying the urban air. Inspired in turn by the artists’ sketches of the mural, the architects altered the park’s design. For example, the grassy areas took on the shape of lily pads and the water games were shaped like giant typha. Thus, the mural became an impetus for change, for innovation and for cohesive development.

Fifteen or so youths from the borough of Verdun, aged 13 to 17, took part in mural arts workshops offered in partnership with the non-profit group Toujours ensemble.

Philippe Allard is an environmental artist and sculptor marrying art with the environment. He uses recycled materials in his installations....
Learn More 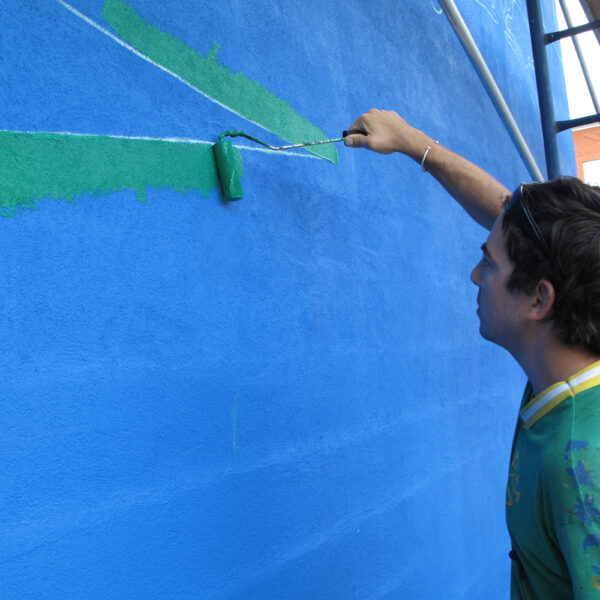 Roadsworth (Peter Gibson) began painting the streets of Montreal in 2001. At first motivated by the lack of bike lanes and his questioning of our car...
Learn More 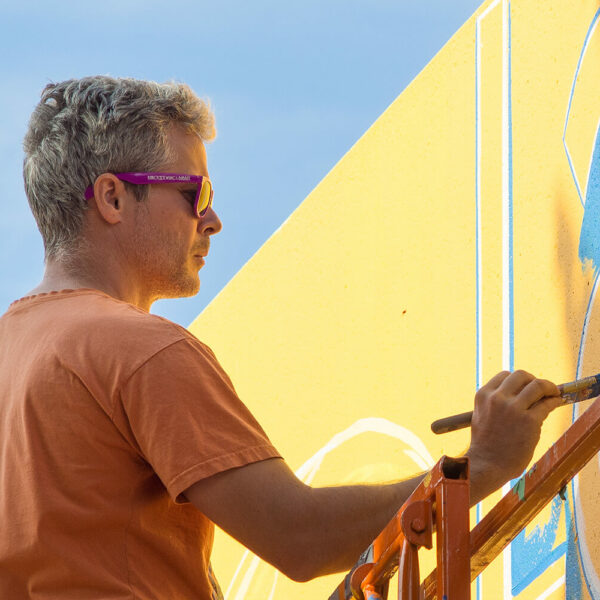 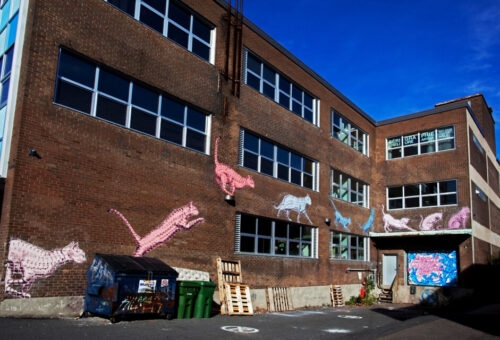 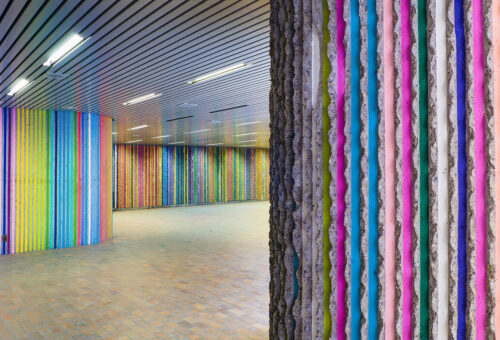 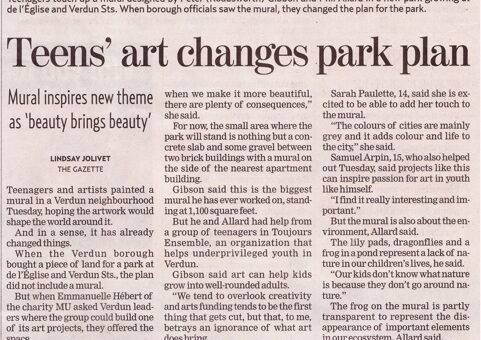 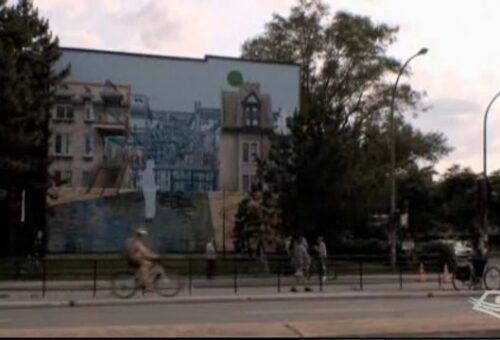