Painted during Présence Autochtone, Montreal First Peoples Festival, the mural by Gene Pendon — Montreal artist involved with First Peoples communities in Nunavut — will pay homage to the Innu women of Northern Quebec fighting for respect and protection of their rich natural, historical, human and cultural heritage.

The central totem of female figures will depict generations and the passing down of knowledge, tradition, customs and storytelling between them. The background will evoke the artist’s interpretation of the natural forces of the Northern land, sky, and fauna.

Cyndie Belhumeur and Arnaud Grégoire assisted the artist throughout the production of the mural.

It is the eighth mural produced by MU in the Quartier Latin since 2007. 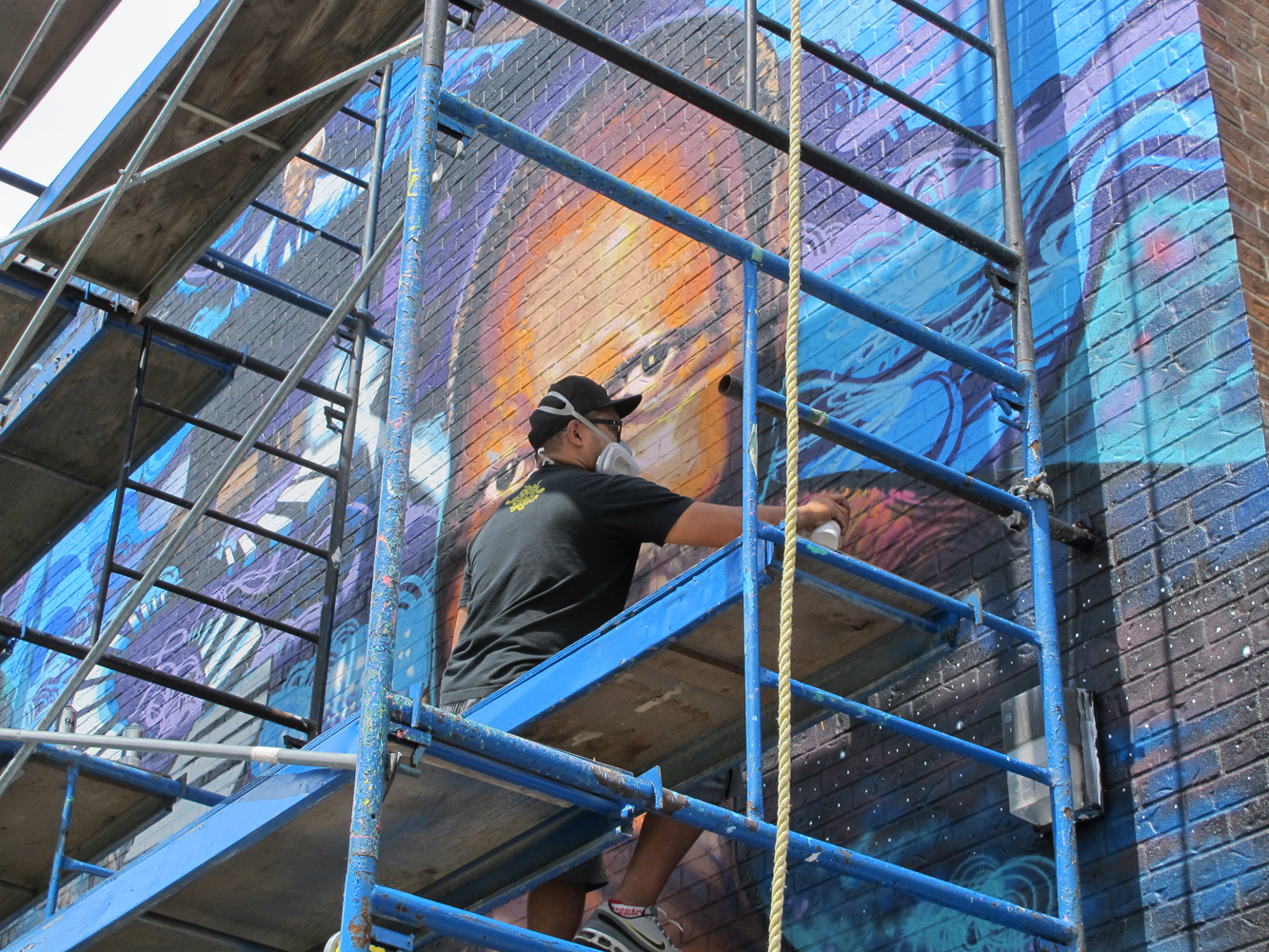 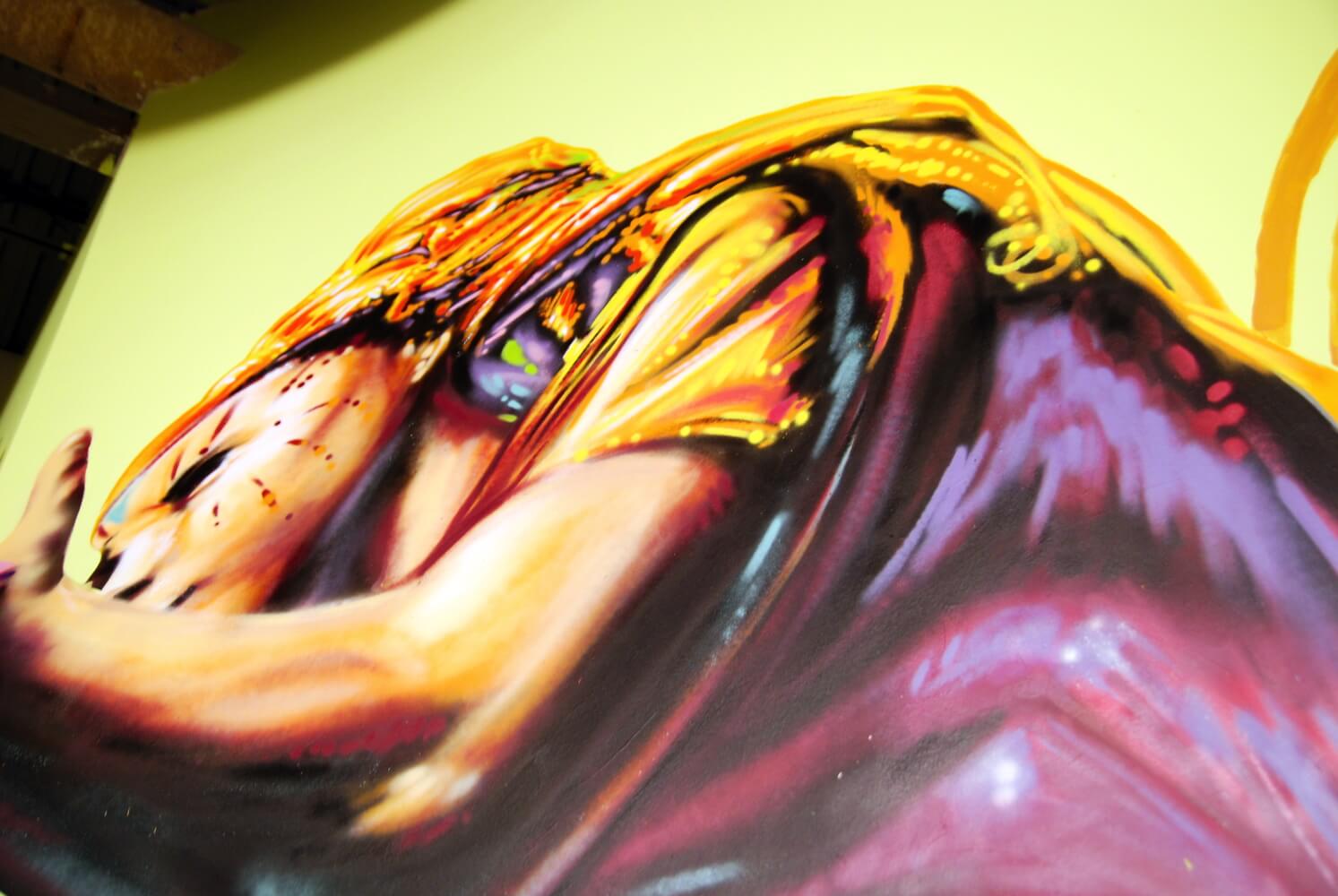 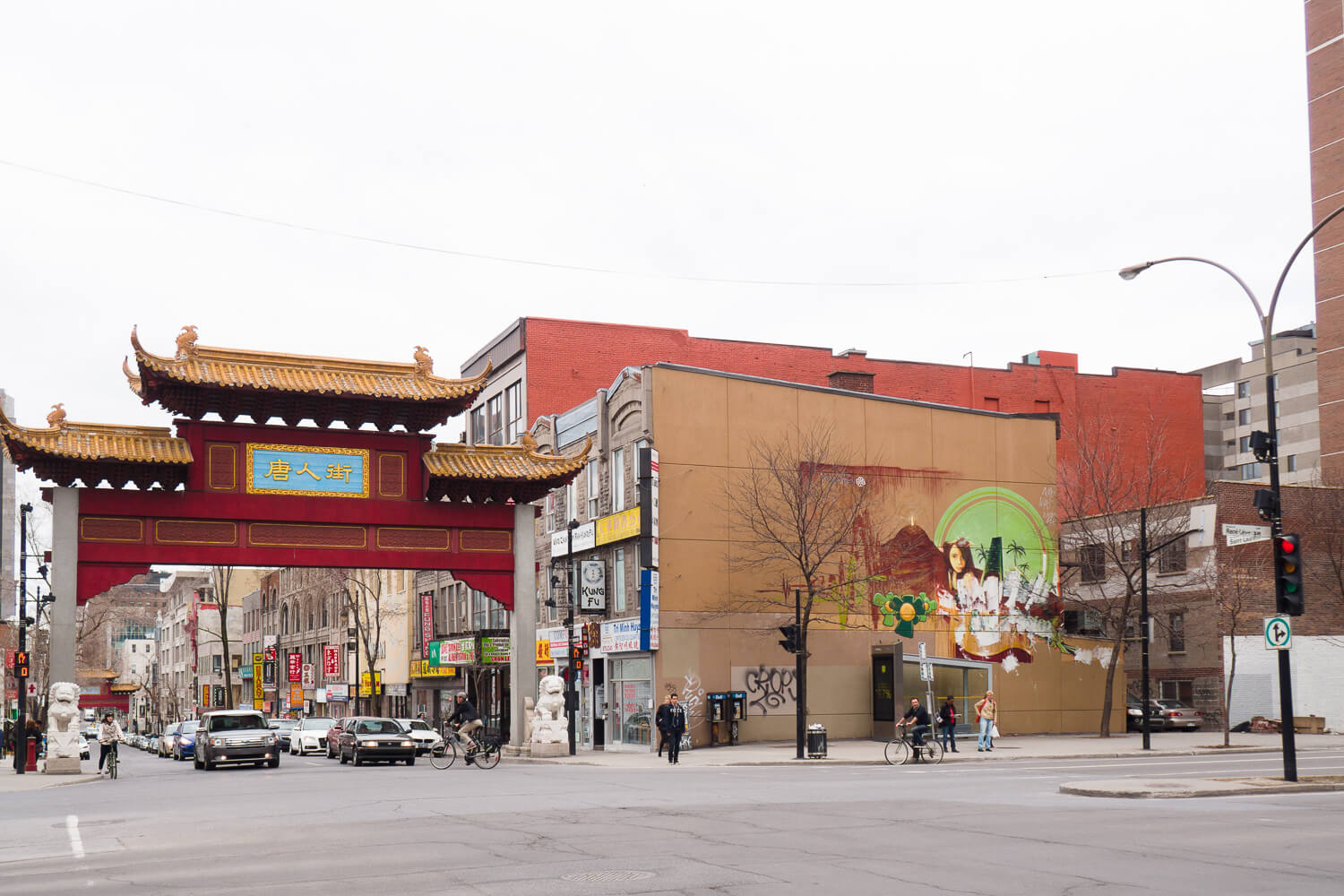 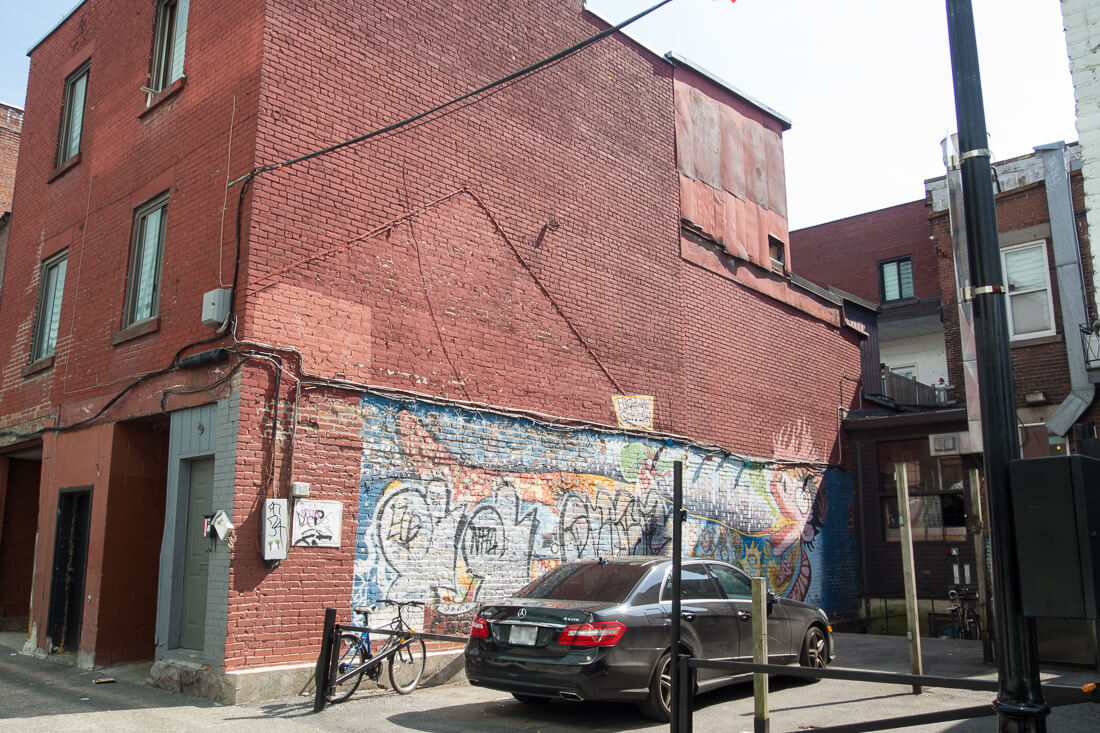 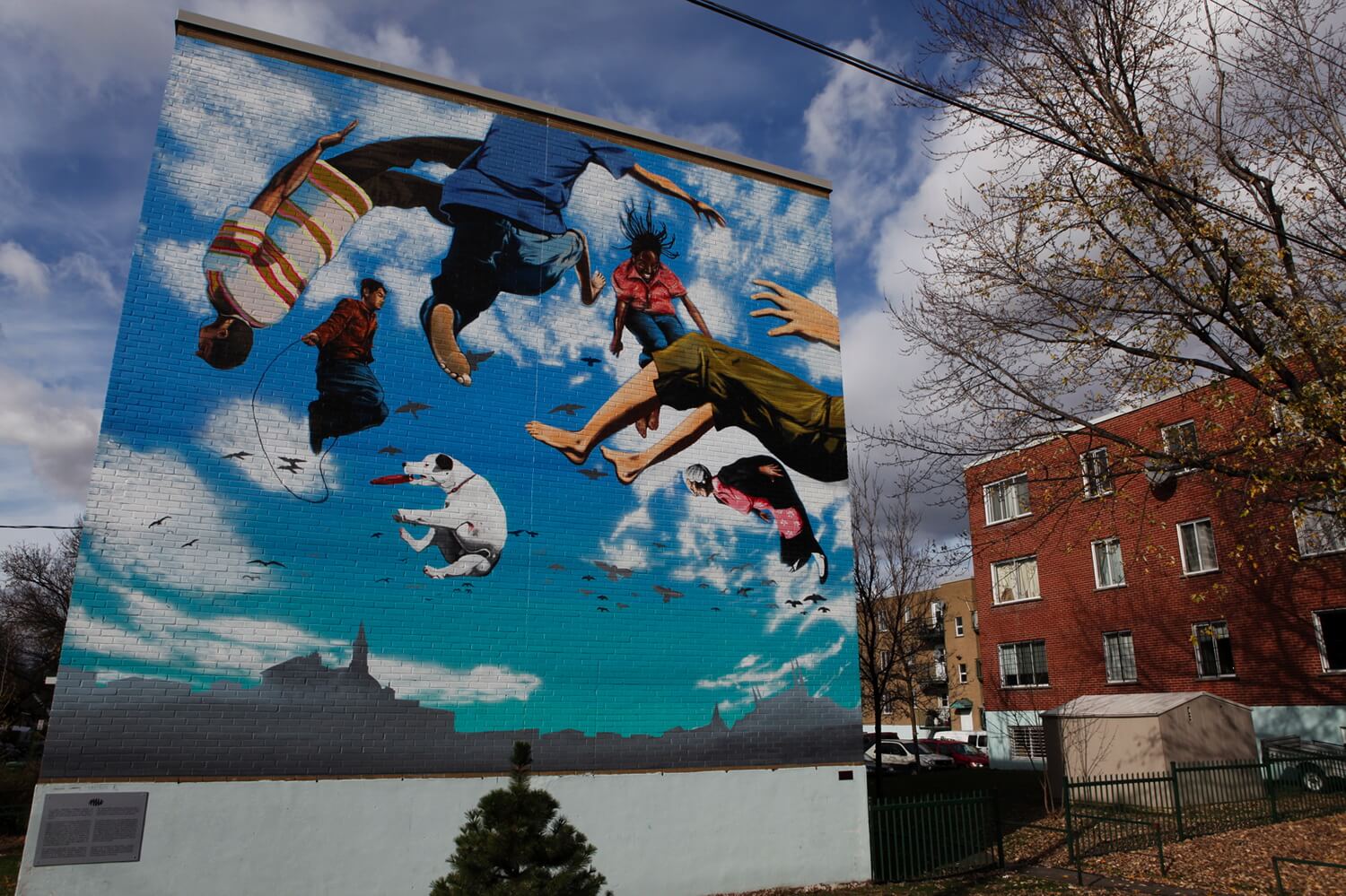 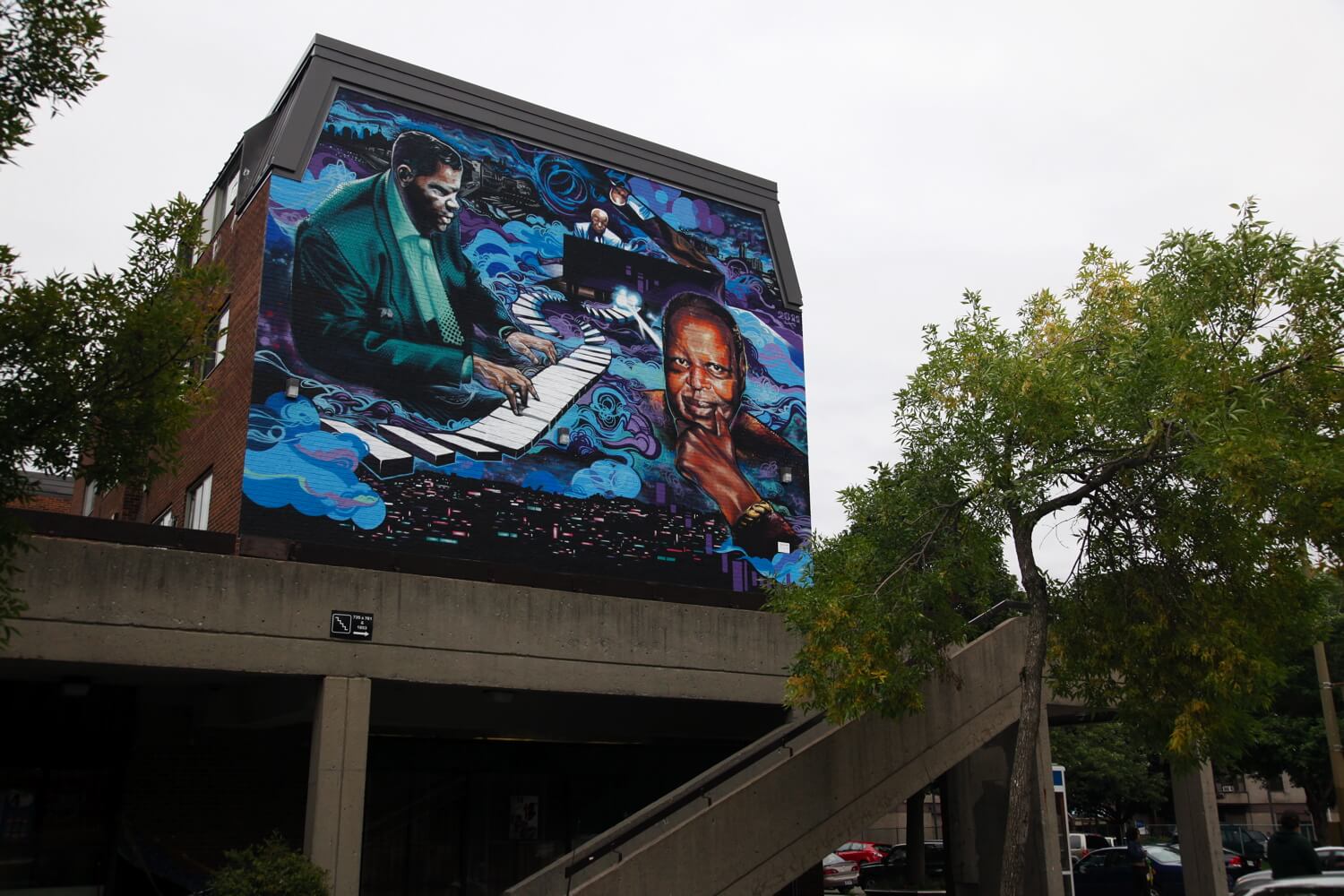