The objective of the mural created by graffiti artist Labrona at the Jarry metro station, was to brighten up the grey columns and ceiling of the Jarry metro station’s entrance. In fact, rejuvenating the dull and imposing concrete architecture of this transit hub through artistic means reasserts its importance as a cornerstone of the neighborhood. The mural depicts typical Labrona-esque characters, in keeping with the Villeray community values: family, diversity, inclusion, tolerance, helping other and respect for the environment. To complete this mural, the artist had to lie down and paint on his back, a veritable Michael Angelo! Christopher Ross and Arnaud Grégoire assisted the artist throughout the production of the mural. This mural project is part of the borough’s long-term vision of beautification through mural arts, a strategy that MU has been contributing to since 2007.

As part of the project, mural arts workshops were offered to neighborhood youths in partnership with La Station 13/17 of the Lajeunesse Community Centre.

Montreal graffiti artist Labrona is known as one of the top one hundred street artists in the world. His work illustrates typical Labrona-esque characters: multi-colored...
Learn More 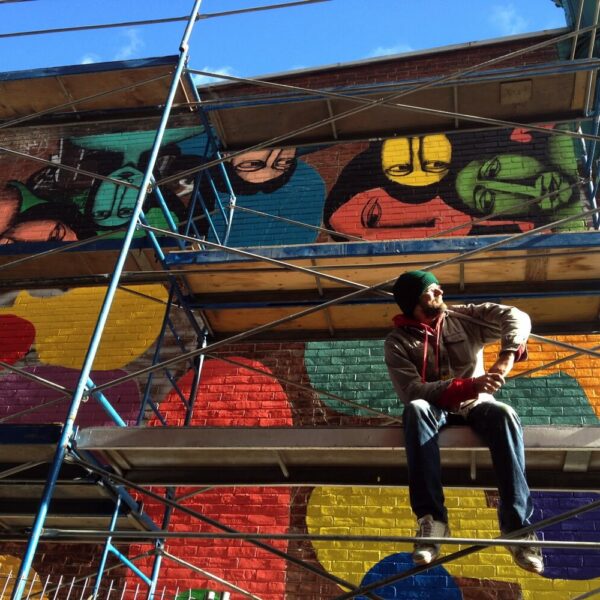 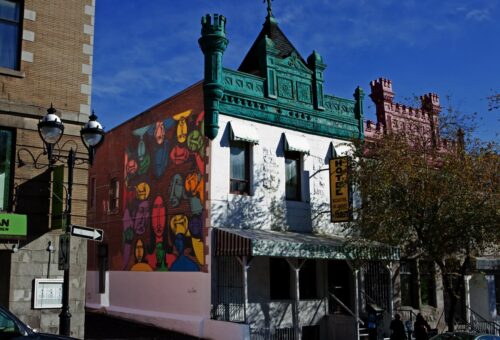