Under the artistic direction of Robert Lepage, MU produced a third mural in partnership with ONE DROP. After Montreal and Ottawa, the mural was painted in Quebec city, on the 250 square meters wall of Ex Machina, to bring to light the value of water and the critical importance of water-related issues. The objective is not to factually present water-related issues, but rather to arouse strong emotions and provoke reactions with regards to our most important, yet fragile resource. The artist Paul Béliveau wanted to explore water’s ephemeral and paradoxical nature while highlighting its incredible beauty. The waterfall of the Chaudière River – one of many waterfalls in the Quebec City region – represents our abundance of the resource, here in the North, but it also conjures up the notion of ephemerality. The artist expresses the fact that the same river can be strong, flowing violently during the spring thaw, only to diminish with the summer heat – or with problems linked to climate change – until this crucial resource is entirely depleted, resulting in drought.

Florence April-Borgeat and Olivier Moisan-Dufour assisted the artist throughout the completion of the mural.

Every night, the work of art comes to life with the projection of a moving waterfall created by Pedro Pires and superimposed on the mural.

A series of workshops were offered to youth groups aged 13 to 17. The activity was offered by MU, in partnership with the Musée de la civilisation de Québec, under the leadership of L’Ouvre-boîte youth center.

Born in Quebec City, Florence April-Borgeat began her studies in art at a local college and pursued her studies in visual arts at Montreal’s Concordia University....
Learn More 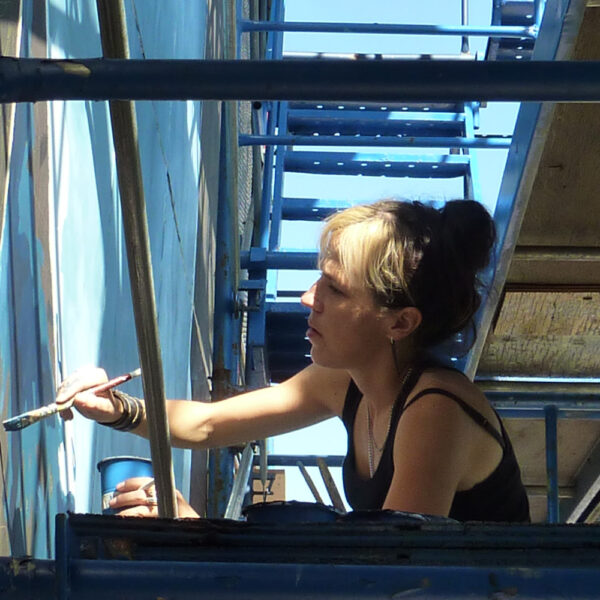 Paul Béliveau received his Bachelor of Visual Arts in 1977 at Laval University. Known for his work in drawing, engraving and painting, he has had more...
Learn More 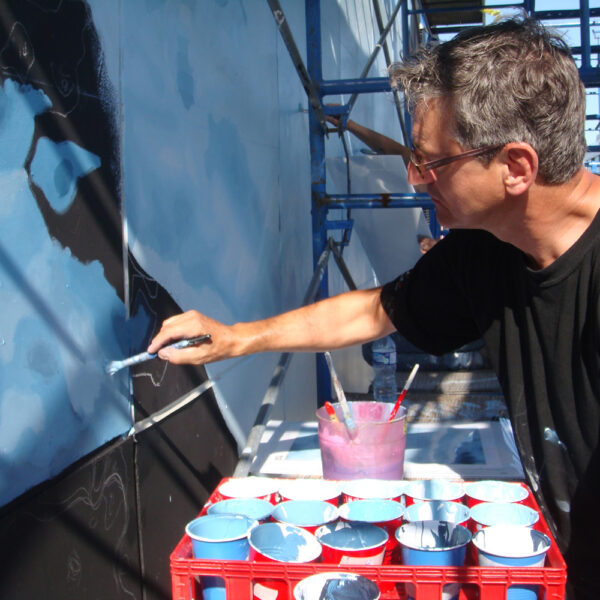 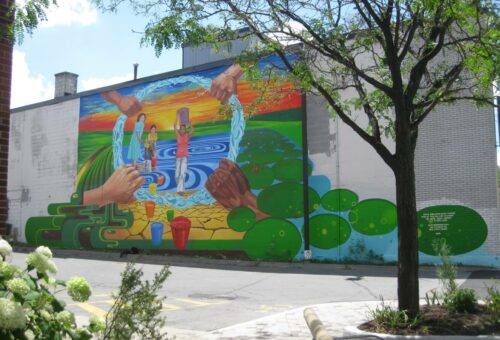 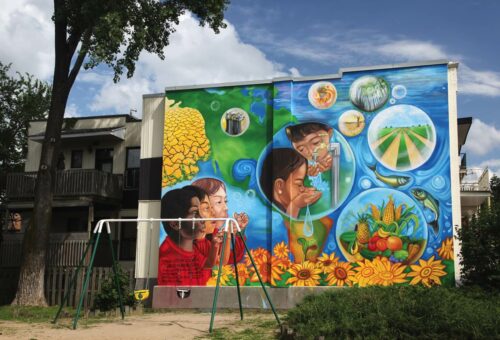 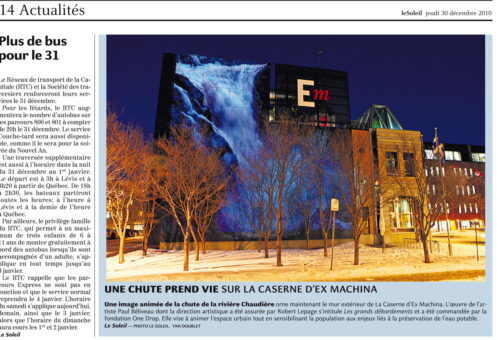