This Mural was a gift that MU wanted to offer to the Municipal Habitation Office of Montreal (OMHM) for their 50th anniversary. The OMHM has been one of our important and unwavering partners since the beginning. It shares many of MU’s core humanist values and our conviction that the arts and culture are vectors for social change, pride, cohesion, dialogue and dignity.

The mural reflects the important role the OMHM has played in Montreal’s history and urban development and its central place in many of the city’s communities. This work represents the OMHM as a social innovator that offers residents a roof over their heads and a place they can call home. The composition depicts characters holding up houses together, representing places where everyone can put down roots and grow with each other. It represents the beauty of living in strong communities.

Known for her colourful compositions and playful characters, Cécile Gariépy was chosen for the narrative force of her illustrations and the simplicity of her design, which can be seen and appreciated from up close and afar. This project was created through the “programme d’art mural de la Ville de Montréal” and was made possible through the support of the Côte-des-Neiges — Notre-Dame-de-Grâce borough, Conseil des arts de Montréal, Accès Location and Benjamin Moore. 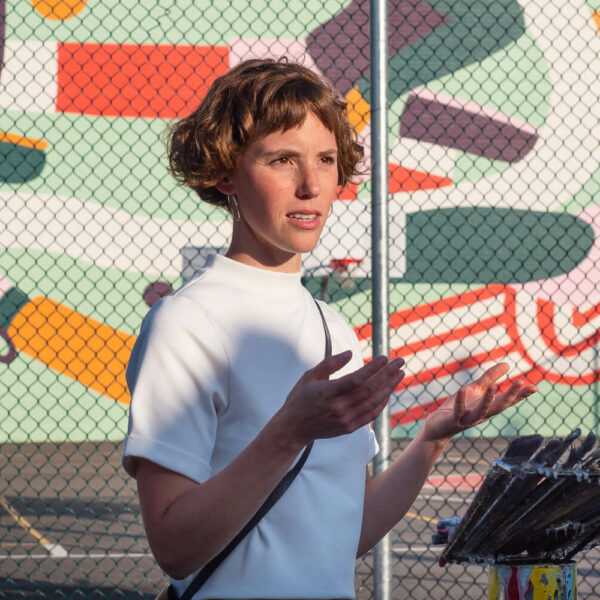 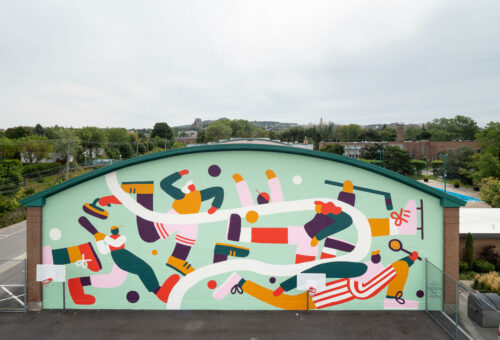