The Fondation Jean Paul Riopelle, MU, the City of Montreal, Tourisme Montréal and the borough of Plateau Mont-Royal have joined forces to create this mural in tribute to the Montreal-born artist Jean Paul Riopelle.

This tribute is part of MU’s “Les bâtisseur.es culturels montréalais.es” collection, which aims to recognize the invaluable contribution of the city’s creators from different artistic disciplines.

Inspired by the mystical and supernatural intention that has always accompanied and transcended Riopelle’s art, artist Marc Séguin wished to remain faithful to the enchantment and balance of intention and instinct that characterized his work. The bird represents both the migratory bird, which served as a metaphor to embody and become the symbol of Riopelle’s migrations, of territories and lives; the white goose, which sees the world differently (from the sky), to ensure its progress; the bird of the north, which survives by following an invisible magnetic route, far from the defined and reassuring beacons.

This bird flies in a northern direction above a sphere that could represent a setting sun (a great classic in Riopelle’s work) or a moon or a planet, on a thin horizon line. This colored sphere comes from a work created in 1997 and that Marc Séguin offered to Riopelle during a meeting in January 1998. With its invigorating colors, the work defies the ambient and generic greyness of its environment with a spectacular image from all points of view: from the ground, the mountain and even the air corridor approaching Mtl Trudeau.

Finally, the void in the background is reminiscent of the graffiti effect, free urban art, and the idea of defying the rules by leaving a part of the space untamed.

Entitled L’art magnétique, this monumental work plays a role in reconnecting the public with Riopelle, through his universe and his sources of inspiration: nature, landscapes, his bestiary, his ardor and his creative freedom. By honoring art through art, the work reminds us of this duty of meaning and memory to protect.

Marc Séguin was born in Ottawa on March 20, 1970. He obtained his Bachelor of Fine Arts at Concordia University and now splits his time...
Learn More 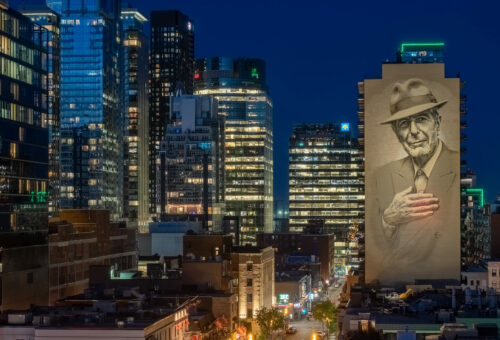 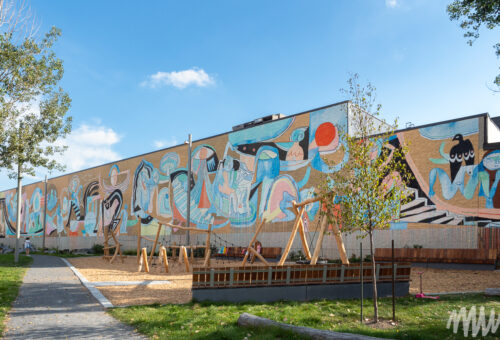