Continuing along the theme of the four seasons found in the four murals produced at the Jeanne-Mance Housing Complex (visible from de Maisonneuve Blvd. East), MU has begun a new series on the theme of the four elements (air, water, earth and fire). This first mural of the series, produced by Phillip Adams, evokes the theme of air by playing with perspectives: the dominating sky causes the building to melt into its environment. The lower part of the work is an historical allusion to the neighbourhood’s architecture prior to the construction of the Jeanne-Mance Housing Complex, in 1958. A partnership with the Centre of Montreal History allowed the artist to use period photographs as inspiration to recreate the urban landscape of the past, in both a fictional and hyper-realistic fashion, allowing him to play with perspectives as well. The presence of the orange cones at the bottom of the mural adds a contemporary touch and contributes to identifying the site and its history at the heart of downtown Montreal.

Adams was assisted by Pascal Foisy-Lapointe, Corinne Lachance, Nicolas Chévrier-Craig and Marc-André Jutras all along the creation of the mural.

Mural art workshops were included in the framework of the project, offered to the young residents of the Jeanne-Mance Housing Complex during the summer in partnership with Loisirs St-Jacques. 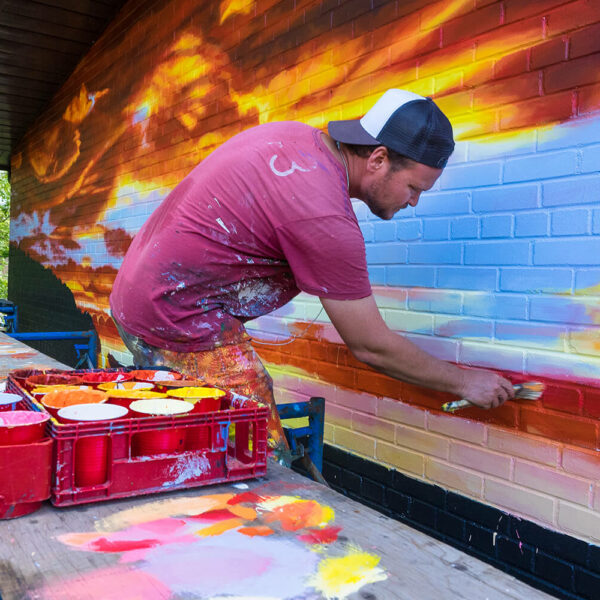 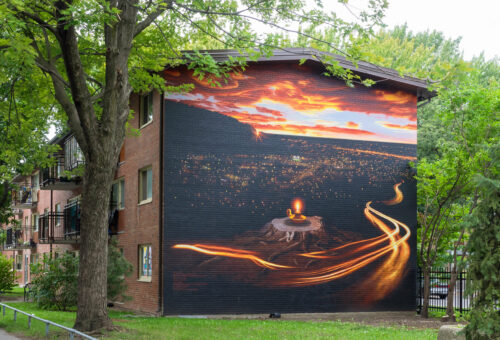 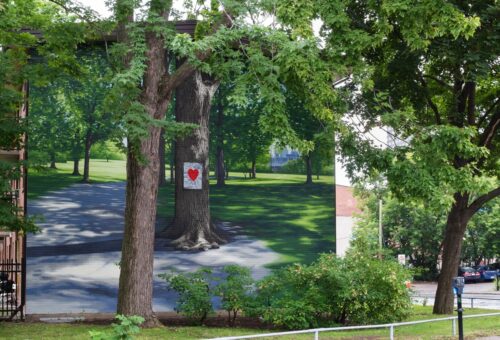 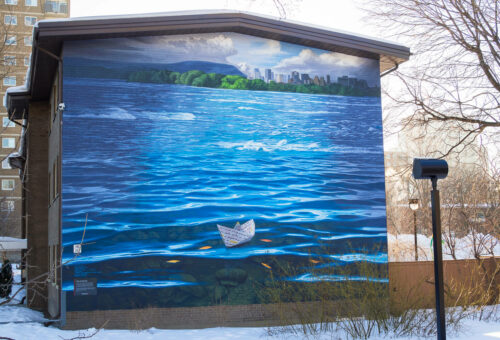 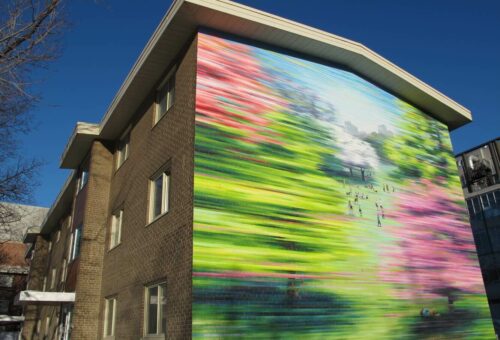 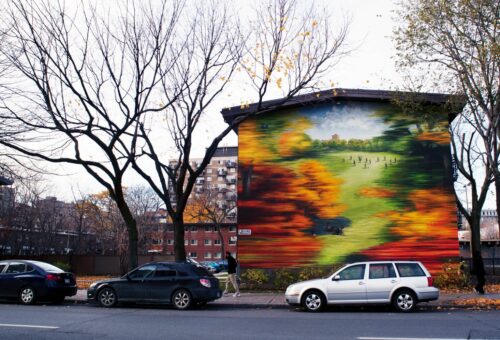 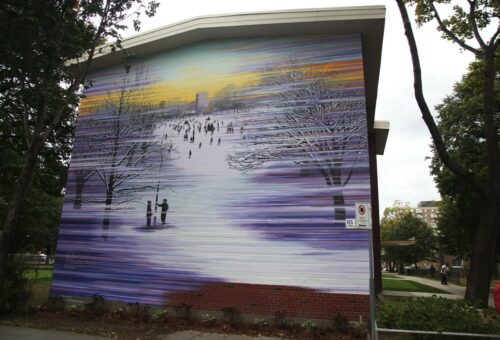