The project is part of a longstanding partnership with the Villeray–Saint-Michel–Parc-Extension borough, which sees mural art as an important tool in neighbourhood beautification and revitalization. Since 2007, MU has created seven murals in the borough, all on the theme of intercultural encounters—a clear nod to the area’s multi-ethnic population.

In line with his ever-evolving artistic process, Le Regard by Mono Gonzalez is charged with Latin-American energy that shines through in the mural’s palette of vibrant, shocking colours. As with every mural Gonzalez has done for MU, he only used colours from the paint already on hand to promote recycling and save on costs. Favouring a participatory practice, Gonzalez was assisted by Julian Palma and Rocio Perez.

This project was financed by the Entente sur le développement culturel de Montréal between the City of Montreal and the Ministère de la Culture et des Communications du Québec. 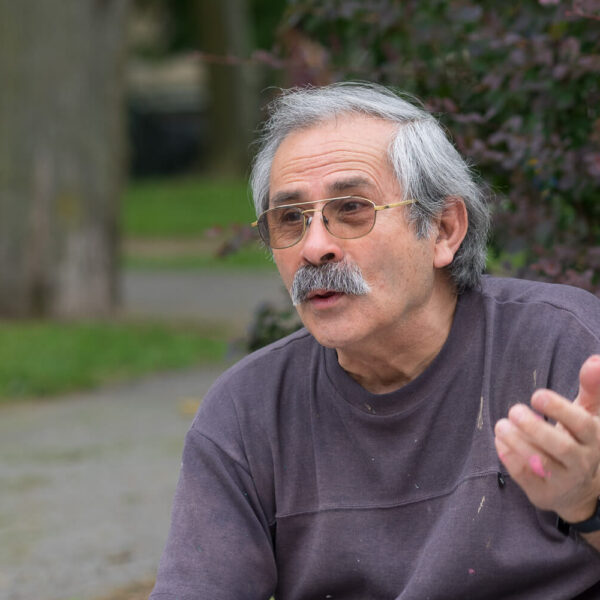 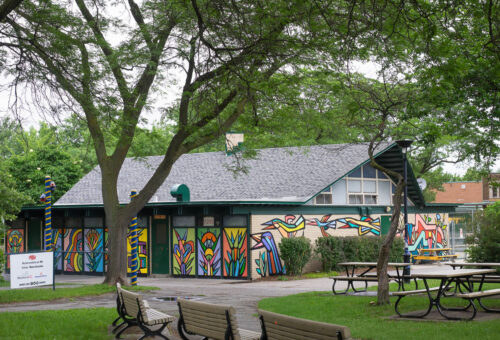 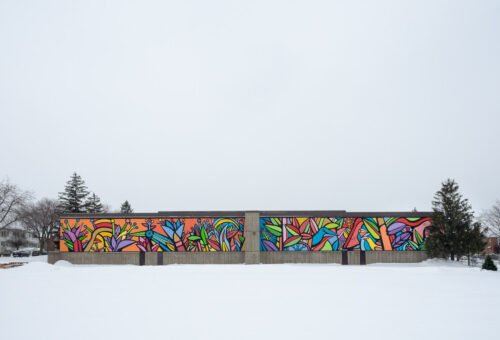