In 2010, MU implemented an innovative pilot project aimed preventing graffiti. The project addressed two interrelated issues: the prevailing sense of insecurity exacerbated by pervasive illegal graffiti and the feeling of exclusion experienced by neighborhood youth, who are given too few opportunities to express themselves. In the end, the participants came out of isolation and did something positive for their community. Building owners, collaborating community groups and the youth themselves all support a second edition.

With the participation of neighborhood youth, three new murals (two by Monk.E and one by Herezy) with urban aesthetics were created in 2011 on the walls of both residential and commercial buildings that had been targeted by illegal taggers.

Artist and facilitator Monk.e worked in close collaboration with youth groups recruited in the borough by local non-profits Centre Le beau Voyage and Zone jeunesse du Y du Parc/CJS Mile-End. Seven workshops in prevention/mural art were offered to participants in an effort to raise awareness of illegal graffiti and to encourage other forms of artistic expression.

The murals can be seen at the following locations:

Monk.E is a multidisciplinary hip-hop artist (graffiti, rap and poetry) active in the Montreal scene for more than 10 years. He is recognized for his social...
Learn More 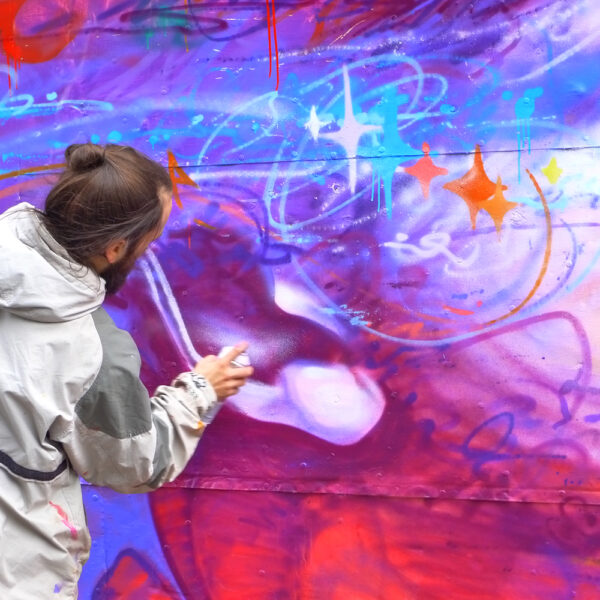 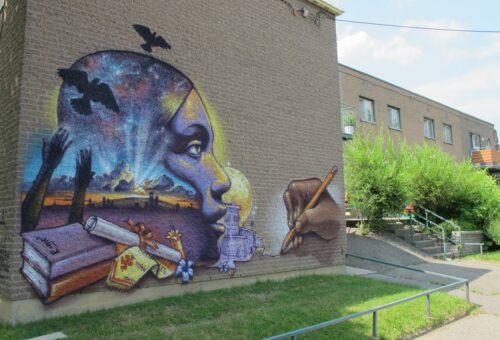 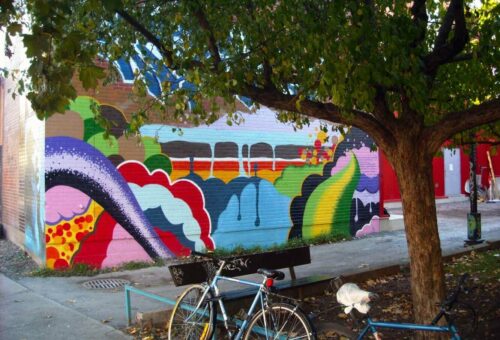 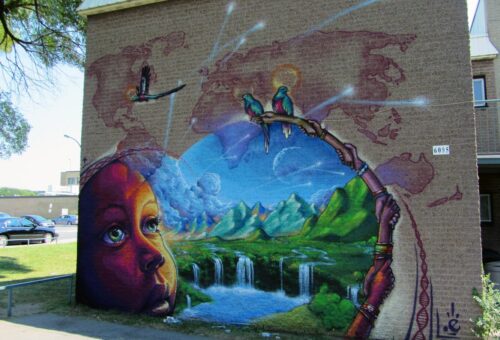